Welcome to the Outcast’s Restaurant! Volume 1

This light novel series follows the adventures of Dennis, a level 99 cook who’s just been exiled from the guild he’s been working at for many years, who decides to set up his own diner in the countryside. A popular recent fantasy series in Japan, both its manga and novel versions have garnered a lot of attention and praise.
The engaging story and breathtaking illustrations by Gaou-sensei will leave you wanting more.

Backstabbed by those he considered friends, Dennis has been exiled from one of the strongest guilds around: the Silver Wings Battalion. He doesn’t think much of it, though, as he was dying to use his level 99 cooking skills anyway. That’s why he decides to leave the city behind and open up a diner in the countryside.

Other light novel series that might pique your interest as well 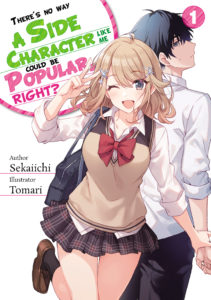 There’s no way a side character like me could be popular, right? Volume 1

There’s no way a side character like me could be popular, right? Volume 2 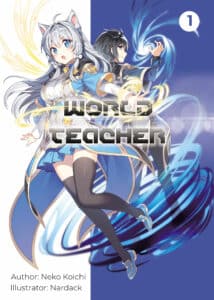